Woodford Festival is a remarkable phenomenon for so many reasons, celebrating culture, nature, diversity, inclusivity, our shared humanity and hope for the future.

It neatly balances the seeming duality of heritage and innovation, embracing the good in the new while preserving the good of the past. All this bound by a common love of music. Music and musicians from ancient cultures and traditions happily coexist with the most cutting edge beats and technology of today. It’s a festival for lovers – of music. It is the location for the unveiling of the first PA system in the world that can never create feedback.

Bill Hauritz, Executive Director and unofficial “Emperor of Woodfordia” embodies this ethos and it can be seen in every detail of how the festival operates, grows, innovates and flourishes respectfully and mindfully. One of the many joyful surprises this year was the introduction of a remarkable acoustic technology created by Aussie acoustics wizard and inventor Joe Hayes.

Bill met Joe through mutual friend Prof Philip Graham from University of the Sunshine Coast, once Head of Music at QUT, who is both an academic and musician. Joe recently invented a mindblowing speaker system that apparently defies the laws of physics to produce near perfect sound clarity by removing the interference of reflected sound waves from the listening space. Doing this at the speaker itself is, by all accounts, impossible. Not for Joe. Bill was intrigued.

This phenomenon, known as DaS AuReality, literally transforms the listening space by removing the apparent effects of space and time. You heard right folks, space and time effectively cease to exist for the sound waves coming from Joe’s AS8 speakers. The implications of this for discerning listeners are enormous.

Joe is a music lover and his inspiration for this innovation began with the pure live acoustic sound of a magnificent Martin guitar and the Stradivarius violin. He asked himself “why doesn’t it sound quite the same on a recording or through amplification, even with the highly advanced equipment of today?”

Without getting too technical, room reflections are the devil in the machine, and regardless of how good the system, the room bounces sound waves around, thereby colouring and distorting the original pure sound. The best concert halls of the world and high-end studios create “diffusion” to deal with this by using complex technical and expensive room treatments that minimize reflections.

By doing this, at the speaker itself, DaS AuReality literally turns your room into the best acoustic listening space in the world – even if its made of highly reflective glass and tiles! DaS, or Diffusion at Source, reveals the complete Aura of sound, rich with the original overtones and harmonics that are usually “lost in space.”

Bill decided to commission Joe to build a PA system for Woodford based on Joe’s newly developed AS8 home speaker system. A PA that would create zero feedback, that forms a holistic sound aura as if you are on stage with the band no matter where you are sitting and can be heard clearly at lower volumes. The complete richness of the holistic sound aura is experienced with full stereo effect no matter where you are relative to the speakers! The impossible becomes possible.

To cut a long story short, Joe built the PA for Bill in apparently “no time at all”, to be unveiled at the Woodford Bob Hawke Memorial dinner where the “good and the great” gathered to celebrate the original patron. Dignitaries, artists, musicians, thinkers, educators, politicians and celebrities reveled with performances by Woodfords top musicians. The people were wowed, by both the night and the remarkable experience of hearing what real music really sounds like.

Much can be said about this new way of experiencing music and the technicalities of it would fill more than a years subscription of this magazine, but the fact is the sound needs to be EXPERIENCED. In the words of Paul Christie, bass player for Mondo Rock, The Party Boys “…cutting edge, the spatial qualities, the clarity, the separation, for extended listening & monitoring are superb. “

Like all good music, you really need to be there and Bill’s progressive and generous ethos has allowed the start of a new era so Joe has agreed to make the “PA from a higher dimension” available for other festivals across the country. 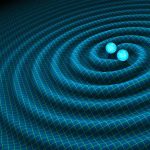 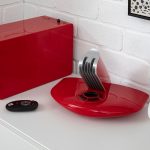